Frank Mathews, administrative director for the Communication Workers of America, District 4, spoke with America’s Work Force on June 11 about AT&T asking for money for a bailout.

Mathews discussed the ongoing problem with AT&T and how they continue to claim that if they receive a certain amount of money, they will invest in the company and create more American jobs. Time and time again, AT&T has proven that they are liars and continue to take the money given to them and have not followed through on their promises to create more jobs. In fact, Mathews said that over 3,500 call center jobs from AT&T have been offshored to Mexico since the bailout began. He said that negotiations for new contracts are still in the works with AT&T and that he hopes they stick to their promises of creating “shovel-in-the-ground jobs” for more Americans. 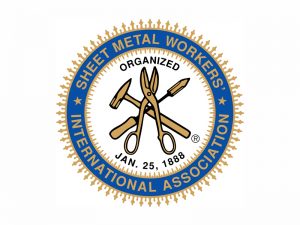 Tim Miller, business agent for Sheet Metal Workers Local 33 spoke to AWF on June 11 about the many job opportunities in the trades, specifically sheet metal work. He spoke about how to get started in the sheet metal trade and what a person will have to go through in order to become a sheet metal worker. Miller described how those who are accepted into the program will enter a five-year apprenticeship program, which will combine classroom instruction with on-the-job training. After discussing the benefits that come with an apprenticeship, he went on to talk about how a Cleveland area high school is partnering with SMW LU 33 by showing students their facilities and providing information about the trade, showing demonstrations of the trade and how it is a viable career option.

AWF host Ed “Flash” Ferenc spoke about Kaiser Permanente in California and the mental health clinicians demanding better resources. He said that clinicians at Kaiser have been working without contracts since September of 2018.