Ed Mortimer of the Americans for Transportation Mobility (ATM) coalition spoke with America’s Work Force Radio Podcast on July 21 about the investment in domestic infrastructure. 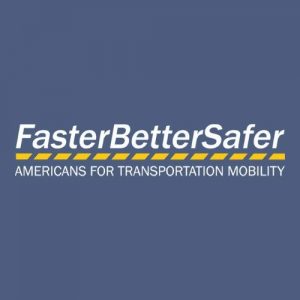 Mortimer continued by speaking about the organization’s goals. He said, from the beginning the goals of the ATM coalition were to build a strong economy, improve the quality of life for all citizens and create jobs for people using innovation and technology to make improvements in our infrastructure.

The ATM also highlights issues in infrastructure and holds those in power accountable with where they budget monies.

Mortimer said raising the gas tax is an investment that stays in America and provides jobs to domestic workers.

He estimated that if a gas tax raise of five cents every year for the next five years was implemented, the United States would have an additional $400 billion. That money could create jobs for an estimated three million people and drastically improve the state of our nation’s infrastructure.

President of the Ohio Federation of Teachers, Melissa Cropper spoke about the threat of the federal government cutting funding to schools if they do not reopen in the fall.

She explained how difficult it has been for teachers and schools to renegotiate their reopenings in the fall. She said if they do not open, they risk losing federal funding. As teachers and administrators would like to be as safe as possible, they are having difficulty reaching a consensus.

Cropper continued, saying school funding is necessary to keep schools running. She added that if they open in the fall with the current conditions, teachers, students, and other school workers are at risk, but if they hold out for better conditions on reopening, they may lose funding.