Cedric de Leon, author of Crisis! When Political Parties Lose the Consent to Rule spoke with America’s Work Force on Jan. 7 about his book. 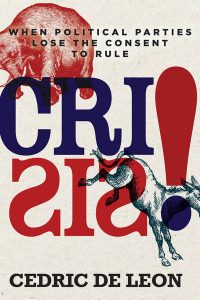 De Leon’s book Crisis! is an analysis of political history, ranging from the Civil War to current times. He offers an overview of how the political parties have changed throughout the years. De Leon explained how the different parties opinions on certain matters changed over the years and how it helped form them into the way they are today. He examined the impact of the lessons learned from the Civil War up to the New Deal in the Age of Trump. He also talked about So-Called “Right-to-Work” and the Red for Ed movement.

Tim Burga, president of the Ohio AFL-CIO spoke about what is being discussed at the Ohio General Assembly. He said that there will be discussion about tax reform, election reform, gun issues, worker compensation and unemployment compensation. Burga also explained the issue with school vouchers and wrap around services.