Jacque Simon, policy director for the American Federation of Government Employees spoke with America’s Work Force on August 21 about the federal prison system.

Simon first spoke about federal employee unions that are constantly under attack by President Trump and other members of his administration. Next, she talked about if employees of any company were to speak about groups of people the way that President Trump does, they would be fired, immediately. An example would be telling a person to “go back to the country that they came from.” Simon said if it is inappropriate for employees to speak to each other in that manner, why should our President be able to get away with speaking like that?

Simon then talked about the federal prison system and the problems that have been occurring, regarding violence against inmates. With the recent suicide of Jeffrey Epstein, among other deaths of inmates, there has been an increase in pressure on prisons to improve their conditions and safety standards for their inmates. She said that prison owners are against unions because it makes firing “bad eggs” harder and in turn, makes it more difficult to improve the quality of their staff. 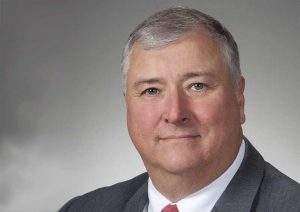 Ohio house speaker, Larry Householder, joined AWF to discuss Ohio House Bill 6 and the new Ohio gas tax. He said that H.B.6 is helping to keep the power plants in Ohio in commission, which will save people money on utilities and provide clean energy to Ohioans. Householder also said that the recently passed Ohio gas tax increase is a good thing because the money from the gas tax is going to improve Ohio’s infrastructure. Ohio has the second largest amount of bridges and the fourth largest highway system in all of the United States, so the money from the gas tax will be put to good use, in order to improve and repair infrastructure. He also mentioned that by having the money to repair highways and bridges, more jobs will be created, boosting the economy.

AWF host Ed “Flash” Ferenc talked about the United Auto Workers voting on whether or not to authorize a strike in preparation for one of their contracts that will be ending soon.