Program Director of Harry Van Arsdale Jr. School of Labor Studies, contributing writer to In These Times and the Prospect and author of “Tell the Bosses We’re Coming: A New Action Plan for Workers in the Twenty-First Century,” Shaun Richman spoke with America’s Work Force Radio Podcast on June 30 about his new book and the power of unions. 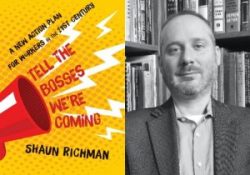 Richman’s new book “Tell the Bosses We’re Coming: A New Action Plan for Workers in the Twenty-First Century” discusses the attack on unions and the need to bring unions back from the brink of institutional annihilation. He explained how over the years workers have labored long hours with less protections and a lack of job security. He then said unions work to protect workers from these attacks. Richman continued by explaining how unions fight for workers while corporations fight to damage organizing and discourage collective bargaining. He then said workers need to understand the power in their collective voices and how contagious it is to fight for workers rights, especially as progress is made. Lastly, he spoke about the worker’s bill of rights and why some segments of the labor movement should consider abandoning exclusive representation. 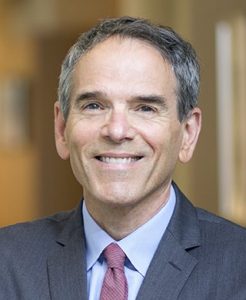 David Leopold, immigration law expert with Ulmer & Berne, LLP., spoke about what is next for immigration laws and reform. He spoke about Deferred Action for Childhood Arrivals (DACA), an Obama-era policy that President Trump is trying to end. Leopold continued and said the Supreme Court blocked President Trump’s effort to end the program. He mentioned how the President is just trying to end programs he doesn’t like. Although he has this power, he must follow the rules and procedures to do so. Next, Leopold spoke about the fallacy of undocumented immigrants “taking our jobs” in the United States. He explained how undocumented workers fill in spots on essential jobs, like in the meat packing industry. Leopold concluded by discussing President Trump and his pursuit to continue separating families at the border.

AWF Radio Podcast host Ed “Flash” Ferenc spoke about Tyson Foods and their failure to protect their workers during the ongoing COVID-19 pandemic.