The Insulators Union Labor Management Cooperative Trust Executive Director Pete Ielmini made his first appearance on America’s Work Force on Feb. 19 to discuss the insulation industry and Mechanical Insulation. Specifically, he talked about the benefits mechanical insulation offers to mechanical systems and the companies where it is properly installed and maintained. 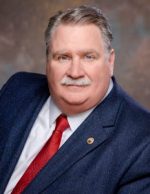 In his recently appointed new role, Ielmini is on a campaign to educate the construction industry about mechanical insulation and how it works when it is properly installed. Due to the lack of attention mechanical insulation receives on any given project, many owners and contractors do not understand the many benefits associated with mechanical insulation. Some of the benefits include reducing the amount of energy required for the system to operate, less daily operational stress on a boiler/mechanical system and a reduction of greenhouse gas emissions.

It is estimated between 10 percent and 30 percent of buildings have no mechanical insulation or it is improperly installed. During the interview, Ielmini explains what this means for building owners and end users.

Through their work with Mechanical Insulation, members of the Heat & Frost Insulators and Allied Workers Union have been deemed North America’s Energy Conservation Specialists. They have been ‘Green’ for more than 115 years.

Arnold Scott, national vice president of American Federation of Government Employees, district 6, spoke about top priorities and the biggest issues facing federal employees. He talked about the constant fight to raise wages for federal workers and strengthen their retirement benefits. Scott said that President Trump is attempting to reduce government retirement contributions starting in 2021, and how it will drastically affect retirement plans.