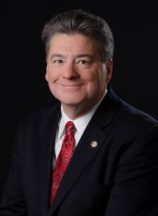 On Oct. 15, Tom Patton, state representative for Ohio was featured on the show to discuss Issue 1 in Ohio and clarify the good and the bad about it. He also talks about bringing in more younger people into the trades. When speaking about Issue 1, Patton stressed how important it is to help people get drug treatment rather than incarcerating them, especially if they are non-violent, young, and clearly are in need of help. It is much cheaper to the tax payers to have someone receive drug treatment rather than incarcerating them and not even helping fix their addiction. The second topic that Patton discusses is bringing more attention to the trades and apprenticeships. He talks about the benefits and opportunities that come with apprenticeships and how they should be advertised more so students who are uninterested in college or have trades-related skills know there are options for them out there. 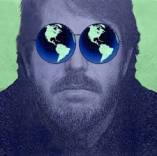 Bruce Nagy is an author on many pieces that talk about clean energy and green technology. One thing that Nagy was talking about was how trades are beginning to go green by using cleaner energy sources. Nagy also talks about the higher acceptance of electric powered vehicles and how there is a higher demand for them. The last thing that he discussed during his time on the show is Brad Pitt financing the design and rebuilding of storm-resistant and affordable homes in New Orleans after Katrina hit.