There is a constant blame being put on the working class and this issue was addressed during the Jan. 25 edition of America’s Work Force. 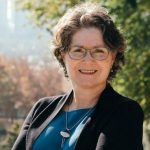 Sherry Linkon, writer for Working Class Perspectives, discussed how working people are vulnerable to corporate and government decisions as they had no say in the decision making. If things go poorly and workers begin to struggle, they are blamed for not having made better decisions. The working person is blamed for not having made better career choices, not saving money better or not picking a higher paying job, when they were put into their unfortunate situations or circumstances by corporate higher-ups or government decisions. She also discussed raising the federal minimum wage nationally to 15 dollars an hour. Linkon then talked about the two sides of the argument of raising minimum wage, such as will businesses cut jobs or will people spend more money now that they have more in their pockets.

Fred Redmond, Vice President of the United Steelworkers, spoke about the dignity of work during his Jan. 25 appearance on AWF. Redmond spoke about celebrating Dr. Martin Luther King Jr.’s birthday earlier in the week and re-devoting themselves to fulfilling Dr. King’s vision and legacy of promoting the dignity of work. He also discussed trade enforcement agency investigations and rulings being delayed because of the ongoing government shutdown.