Gail Tate and Ebony Douglas, both from American Federation of Government Employees, AFGE, Local 3283, spoke with America’s Work Force about extensive background checks for people who want to work within the government. END_OF_DOCUMENT_TOKEN_TO_BE_REPLACED 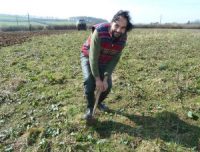