Richard Vague, author of the book A Brief History of Doom: Two Hundred Years of Financial Crises, spoke with America’s Work Force on June 24 as he discusses America’s history of financial problems. 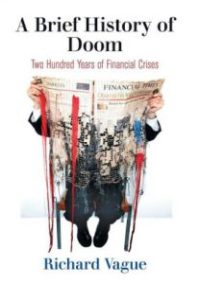 Vague examined a series of major crises over the past 200 years in the United States, Great Britain, Germany, France, Japan and China, including the Great Depression and the economic meltdown of 2008. He said one of the major causes of the crisis was bank lenders being too lenient on lending standards and giving out too many loans at once. Likewise, he said that in 2008, lenders giving out too many loans was again one of the primary causes of the strain on the economy. He talked about strengthening the lending standards so that the United States can avoid another economic catastrophe in the future.

Greg Regan, secretary-treasurer for the Transportation Trades Department spoke with AWF on June 24 about the rail industry. He discussed the possibilities of driverless trains and what that could mean for the industry, and also congress attempting to limit train crews down from two people to one. Regan stated that this is a bad idea, and is fighting against it, because having the extra crew member could help increase the safety of operating the train, keeping the passengers or cargo safe. Lastly, he talked about the fatigue rule with rail workers saying that chronic fatigue has been an industry-wide issue and is something that needs to be addressed.