Al Neal, staff writer for People’s World spoke with America’s Work Force on May 30 about silent voters during the 2016 presidential election. 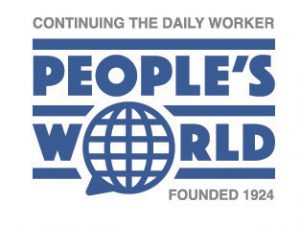 Neal discussed voters during the 2016 election who voted for Donald Trump because they did not like the other candidates that were listed. He talked about how they were putting their trust into President Trump with their vote and how they are paying the consequences for it now. Neal said that he had went and talked to farmers and other silent voters and how they feel betrayed that the president did not keep up with his promises that he had made during his campaign trail and that they are being hurt. Lastly, he talked about legislation being put in place to try and help the farmers, but they do not like it because they do not like handouts; they want the president to act on the promises that he had originally made.

Elliot Dinkin, president and CEO of Cowden Associates spoke with AWF on May 30 about what Cowden Associates is all about. He said that they work with benefits, and retirement plans for entities to be efficient, cost effective, competitive, and compliant. Lastly, he discussed senior financial executives using their savings to increase their funding and if they are actually acting on it.

AWF host Ed “Flash” Ferenc spoke about Ohio cutting energy mandates and house bills that are being brought up to counter the energy mandate cuts.