Dr. Jill Stein, Green Party Presidential candidate in 2012 and 2016, spoke with America’s Work Force on Oct. 9 on the topic of ranked-choice voting. 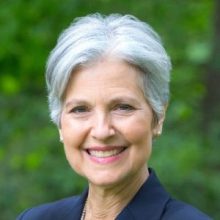 Stein first spoke about the impeachment inquiry against President Trump. She said that she finds the reasons for his impeachment valid because he has been abusing his power for personal and political gain. Stein went on to talk about how President Trump paid Ukraine to investigate Democratic Presidential Candidate, Joe Biden, and although that in itself should not have been done, Trump found out that the Bidens have also been making shady business deals. She then talked about the ranked-choice voting system and the benefits of this method. Ranked-choice voting is when a person ranks the candidates in order of their preference of who they would want to win, and if their first choice did not win, their vote would go to their next choice and so on. Stein said that ranked-choice voting is working in Maine and she would like to see other states adopt this voting method soon.

Tom Germuska, Jr., editor of the Labor Citizen spoke with AWF on Oct. 9 about the upcoming issue of their monthly newspaper. One of the stories featured in the October edition of the Labor Citizen regards the grand opening of the Rocket Mortgage Field House in downtown Cleveland, formerly the Quicken Loans Arena. He talked about how the project was done using union labor and was completed on time and on budget with more than 20 percent of the man hours being completed using Cleveland residents. Germuska also discussed this year’s National Apprenticeship Week, being called National Save Apprenticeships Week and why registered apprenticeship programs are superior to Industry Recognized Apprenticeship Programs (IRAPs).