Jim Cullen, editor of the Progressive Populist spoke to America’s Work Force on August 9 about how the President diverts bad press against him to a different issue.

Cullen discussed President Trump and his inability to appropriately react to any news or press that he does not like or feels is against him. He talked about how instead of addressing, or accepting when someone has something negative to say about him or his actions, President Trump redirects comments and criticisms and blames or attacks other people for unrelated issues. With the increase of major tragedies occurring in the United States and the press demanding action from the President, his deflect and distract method has become more and more used. Rather than taking reasonable action or answering questions about what to do to combat or solve these issues, the President blames someone else, or brings up a different issue to draw the negative attention away from him. Lastly, Cullen talked medicare, specifically protecting the American Care Act. 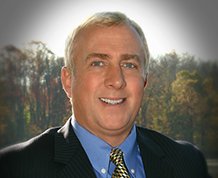 Justin Madden, owner of Justin Madden Co., LPA, discussed the perspective on two different cases during his time on AWF. First, he spoke about breach of contract on faulty construction done by non-union workers. Madden discussed the Statute of Repose and how it could be used to protect a worker’s ability to take action against their employers. The second case that Madden discussed was about a sex offender who committed his crime as a juvenille, and whether or not his charge should be exponged from his record when he turns 18 and becomes an adult.

AWF host Ed “Flash” Ferenc talked about a junior WalMart employee who started a petition to end the sale of firearms at their stores, and the upcoming one year anniversary of Missouri defeating So-Called “Right-to-Work” legislation by a two thirds vote.