Josh Nassar, legislative director for the United Auto Workers spoke with America’s Work Force on July 11 about the new NAFTA. 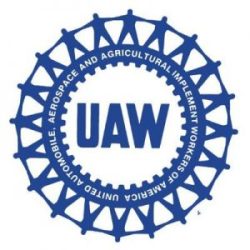 Nassar spoke about the new NAFTA, the United States-Mexico-Canada Trade Agreement (USMCA) and how he feels that there still needs to be work done to it before there is a vote put towards the agreement. He said that the UAW never backed the original NAFTA, and still does not back this revised version, because there are not enough protections for workers in it. Nassar mentioned that he would like to see a significant overhaul done to the USMCA before it is put to vote, even though congress is pushing hard to be voted on as-is. He claimed that as it stands, if the USMCA were to be voted in now, it would hurt workers in all three countries involved. Lastly, Nassar spoke about raising the minimum wage and how it will help lower class people.

Wendy Patton, senior project director with Policy Matters Ohio, spoke with AWF about Ohio’s budget plan. On Ohio’s budget plan, which was supposed to be submitted by July 1, she covered what she thought the pros and cons were. Finally, Patton discussed medicaid expansion, which would allow people with common, low-wage jobs, the ability to have health care coverage.

AWF host Ed “Flash” Ferenc spoke about greater workplace transparency in the art industry in New York, and also Tesla workers being punished for taking sick days and how they need a wage increase to help account for the cost of living around the factory.