Josh Nassar, legislative director of the United Auto Workers spoke with America’s Work Force on Jan. 9 about what is being included in NAFTA 2.0, or better known as the United States-Mexico-Canada Agreement (USMCA). 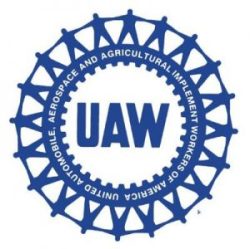 Nassar explained how the old NAFTA was lacking in labor laws and standards. With the USMCA, he said that issues such as wages, contract bargaining and unionization in Mexican factories were all included in the trade agreement. Other issues that are reviewed in the USMCA include offshoring of jobs, tariffs and healthcare. Nassar also talked about how the current labor laws are lax and work needs to be done in order to better protect workers. With that, he explained why enforcement of labor laws is so important and how they will protect workers from unfair labor practices.

Zach Schiller, research director for Policy Matters Ohio spoke about CEO compensation. He discussed his report on the ratios CEO pay compared to the median pay of workers from a variety of companies. Schiller also discussed the attacks on labor and organizing and how companies try their hardest to take any power they can away from their workers.