O’Sullivan first discussed Industry Recognized Apprenticeship Programs (IRAPs) in the United States and how there is a large push back against them. He said that IRAPs strip back safety standards in apprenticeship programs because IRAPs make it so they can set the standard as to what is acceptable and what is not when it comes to training. Because of IRAPs, business owners are cutting corners on training so they can save money. O’Sullivan then went on to talk about the diminishing infrastructure in America. Ohio, ranked the 28th poorest infrastructure conditions, is in dire need of upgrading their roads and bridges, given they have one of the biggest interstate systems in the United States. He said that there needs to be a highway infrastructure trust fund to help support the rebuilding and improvement of our roads and bridges. 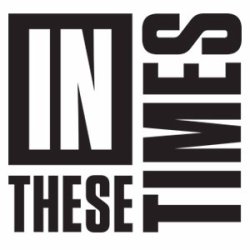 Jeff Schuhrke, contributing writer with In These Times Magazine spoke about the mobilization of Chicago’s teachers. Chicago teachers are on strike for better classroom conditions, resources, smaller class sizes and other school improvements. Schuhrke said that the teachers are fighting for the common good of the students and education, not for selfish or personal gain. Lastly, Schuhrke talked about teacher assistants fighting for a wage raise and fee reduction.

AWF host Ed “Flash” Ferenc spoke about the American Federation of Government Employees and their push for “e-dues”.