The Insulators Union Labor Management Cooperative Trust Executive Director Pete Ielmini spoke with America’s Work Force on March 26 about infectious disease containment and why it is so important in the construction of buildings.

The Mechanical Insulators Labor Management Cooperative Trust Executive Director Pete Ielmini spoke with America’s Work Force on March 26 about infectious disease containment and why it is so important in the construction of buildings. 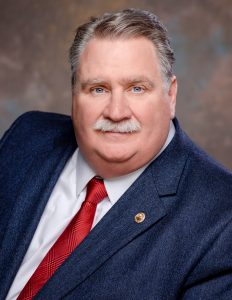 One of the important areas of work that Insulators specialize in is firestopping and smoke seal. The purpose of firestopping is to properly compartmentalize rooms in buildings that would prevent fire from spreading through fire-rated walls from the room of origin into other rooms. This is done by sealing wall penetrations with firestopping insulation to make the rooms fire and smoke resistant. Ielmini added that infectious disease containment works in the same way that firestopping does. In buildings such as hospitals and other medical facilities, infectious disease containment is important to prevent the spread of illness and diseases.