Sue McConnell, president of the Better Business Bureau in Cleveland spoke with America’s Work Force on Jan. 6 to inform listeners about scams to be on the lookout for during the holiday season.

The first scam that McConnell talked about was holiday shopping reward scams. She said that many stores offer rewards for frequenting their business, and scammers will send out sham emails to customers of these stores with bogus links to claim rewards for shopping, which takes them to sites that will give their computers a virus or download malware. The best way to avoid these email scams is to not click links from unknown emails, especially emails with no personal information on them. The second scam that McConnell talked about was gym sign ups. Around the holidays, gym traffic increases drastically, and many predatory gyms will try to trap unsuspecting people into bad contracts. Before committing to a gym, she said to make sure they have the equipment, programs, cleanliness, affordable pricing and chain locations. 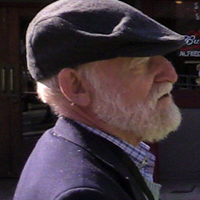 Mark Gruenberg, independent labor writer for Press Associates Union spoke about the Protecting the Right to Organize (PRO) Act. He said that the PRO Act makes it so that workers are able to express their rights to unionize and bargain for a fair contract with their employers. Gruenberg also talked about raising the minimum wage and multi employer pension plans. Lastly, he discussed labor law protection and strict labor laws in South Korea.

AWF host Ed “Flash” Ferenc talked about increasing the amount of taxes rich people should pay and how Bill Gates agreed with the idea that rich people deserved to be taxed more.