Daniel Goldberg, Legal Director for the Alliance for Justice spoke with America’s Work Force on Thursday, August 1 about public figures being held accountable for their words and actions.

Goldberg stressed the importance of holding government and other public figures accountable for their words and actions. He said that with how devotely people follow government officials strictly based off of their political party affiliation, they should be more careful with their choice of words and keep in mind how their followers will interpret it. Goldberg also talked about unqualified government officials and how voters need to be more responsible and elect qualified and experienced officials into office. 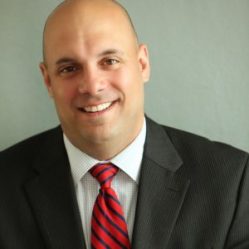 Ohio Representative Jeffrey Crossman (D-Parma) spoke with AWF on August 1 about improving the conditions of the Cuyahoga County jails. According to Rep. Crossman, the funding for jails in Ohio is so low that the conditions are sub-par, creating health and safety issues for the inmates. He said that for over 300 jails in Ohio, there are only two inspectors to travel and make sure everything is up to code and safety standards. Rep. Crossman said that because of this shortage of inspectors, inspections are not thorough enough to identify all of the issues at these jails. He concluded by saying that the funding is so low that not much could be done to remedy the issues found.

AWF host Ed “Flash” Ferenc discussed corporate stock buybacks and sharing the benefits with all of their employees.