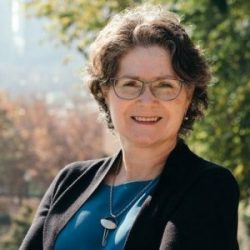 Linkon talked about the difficulty people have finding jobs who do not go to college. She said that there is a misconception in the United States that you cannot find a good job unless you go to college first. Now, we are finding that students are coming out of college with tons of debt, and not finding good jobs or jobs that could ease them of their debts easily. Linkon also talked about “just transitions”, which is a way to help people find jobs after their jobs have been removed.

Roy Houseman, associate legislative director for the United Steelworkers spoke about the renegotiation of NAFTA and what should be included in it. He said that there needs to be discussion about median wage raise, and really keeping an eye on CEO pay and keeping it regulated. Houseman also talked about data exclusivity, which is how long before generic drug companies can start using data for other drugs to use for their own sales.

AWF host Ed “Flash” Ferenc spoke about the price on pharmaceutical drugs in the United States being more than ten times the price of the same drugs in Canada and how it is causing strain on U.S. citizens bank accounts.