America’s Work Force dove into the topic of workplace safety and discussed some real life cases pertaining to it. 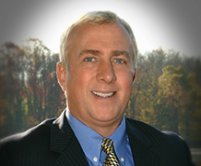 Justin Madden from the Madden Law Firm in Ohio spoke to America’s Work Force on April 12 to go into detail about workplace safety cases. He first informed listeners that safety on a jobsite is both the responsibility of the landowner and the project manager, not just one or the other. If someone sees something that is a safety concern, they are required to bring it to attention. One case that Madden ran through was Michaels v. Ford Motor Companies, which was taken to appellate court to find a verdict over who was the negligent party in a workers unfortunate death at a Ford Motors factory.

AWF host Ed “Flash” Ferenc spoke about a teacher strike and people who don’t support it, feeding the strikers cookies laced with laxatives.