Dave Smeltz, founder of the non-profit organization Clean House spoke with AWF on Oct. 22 about helping people who are addicted to drugs and alcohol. 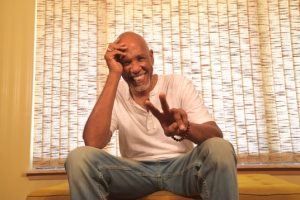 Smeltz, who has been sober for 18 years, talked about his story of addiction and recovery. He said that one thing that helped take his mind off of the drugs and alcohol during his recovery was martial arts because it required a level of focus and discipline which helped his mind not wander and fixate on drugs or alcohol. Smeltz started a nonprofit called Clean House, which works to help other addicts through their recovery by offering support groups, meditation, martial arts and computer classes. By using “transitional housing,” people learn discipline, stress and anger management, concentration, discipline and mental stabilization which in turn helps them during their recovery process.

Tom Buffenbarger, former general president of the International Association of Machinists and Aerospace Workers discussed pension plans. He talked about the need to make sure pension plans are protected and how if they are taken away or weakened, it could completely ruin a person’s retirement. Buffenbarger also talked about farmers feeling betrayed by President Trump’s trading with China.