Sue McConnell, president of the Cleveland Better Business Bureau spoke with America’s Work Force on Dec. 2 to inform listeners of scams to be on the lookout for during this holiday season.

McConnell discussed a Cleveland based furniture company recently receiving complaints against them for sending customers damaged goods, if received at all, and making it nearly impossible for the customer to exchange or return the items bought. The second scam McConnell talked about deals with scam calls about social security numbers. If you are contacted saying that your social security is compromised, do not give up any information they are requesting, and contact the social security administration. Lastly, McConnell said to be cautious when holiday shopping online and do your research to make sure the company you are shopping from is legitimate. She mentions that companies overseas do not have the same business regulations as those in the United States and have a higher potential of being a scam than a U.S. company. 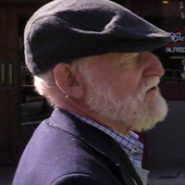 Mark Gruenberg, labor writer for Press Associates Union discussed the National Labor Relations Board rewriting and revising certain issues. He said that some issues they are revising involve unions and unionizing and how they are making it more difficult for a union representative to organize at a workplace and for unions to become recertified. Gruenberg expressed concern about how the NLRB is reversing old decisions and are fighting to make their new laws permanent, which could be hurtful in the future if someone may want to revisit and revise it.

AWF host Ed “Flash” Ferenc spoke about the caterers at Sky Chef fighting for better contracts including better wages, benefits and working conditions in the airports that they are located in.