Corrigan talked about Kelley & Ferraro and how they have the ability to travel to union halls and screen their members, past and present for asbestos exposure and asbestos related diseases, such as mesothelioma. After the screening, if it was found that the person had mesothelioma or other asbestos related disease or complications, the lawyers at Kelley & Ferraro would fight to help that person receive financial compensation from asbestos manufacturers and distributors. The screening process involves an x-ray of the person’s chest and the results are given within the hour if the person is clean or not. Corrigan said that it is free for union members, past and present, so if a member of a union is retired, they could still get tested when their local hosts a screening. 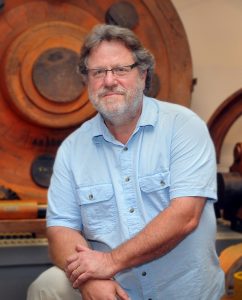 John Russo, Working-Class Perspectives, spoke about his new article titled “Middle Class Racism.” The article talks about what people picture when they are asked to think about what President Trump’s voter base looks like. He talked about how people would typically think of people wearing “MAGA” hats or people promoting homophobic and xenophobic rhetoric from the Midwestern or Southern cities and states. Russo also talked about how, although a lot of President Trump’s tweets are ridiculous in nature, they also are a distraction from how racism is structural and people are unwilling to discuss it.