Melissa Cropper, president of the Ohio Federation of Teachers joined America’s Work Force on August 20 to discuss the beginning of another new school year.

Cropper first discussed the new bulletproof backpacks that have been released in the wake of recent school shootings, as a means for protection for today’s children. Also, she talked about how after the shooting at Marjory Stoneman Douglas Highschool in Florida, there has been attempts to put common sense gun legislation in place in Ohio to limit people’s access to high powered rifles. Cropper stressed how with a lot of gun legislation, the government is not trying to completely take away people’s rights to their firearms, just limit access to high capacity rifles and other extremely powerful guns.

On the topic of school shootings, Cropper talked about teachers who think they are being proactive by bringing a gun of their own into their classrooms to protect their class in case of emergency. Teachers wanting to protect their students is a great thought, however, in one instance, a teacher left their classroom, leaving one of the students to find the unlocked case where the gun was kept, picked it up and pointed it at another student. No one was harmed, but that situation could have turned out to be disastrous even though the teacher had good intentions of protecting their kids. Lastly, she talked about the Ohio budget for education and how some legislation that was put in place expanded the voucher program. 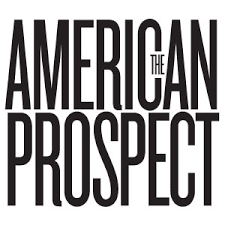 David Dayen, executive editor of the American Prospect joined the August 20 show to talk about President Trump’s fake trade war with China. He talked about how the President called China a currency manipulator and continues to battle with them over tariffs. Dayen said that the President continues delaying to give China a necessary response on how to end this feud over steel.

AWF host Ed “Flash” Ferenc talked about Shell workers just outside of Pittsburgh who were told they either had to attend President Trump’s rally, or take the day off with no pay, and how that was unfair to the workers.