Tom Conway, international president of the United Steel Workers discussed what he feels needs to be added to the updated NAFTA before Congress signs off on it during his appearance on America’s Work Force.

During Aug. 23 show, Conway talked about President Trump and his war against China involving steel tariffs. He also discussed the increase in American companies who are buying back their own stock, keeping the money for the executives, rather than distributing it to their employees or reinvesting back into the company. Conway then talked about the new NAFTA, the United States-Mexico-Canada Trade Agreement (USMCA) and how he believes that it does not enforce labor laws as much as he would like it to. He said that it addresses certain labor laws, but does not do anything to enforce them and make sure that companies follow them. Conway wants more enforcement to be included so that workers and their rights are protected and are able to fairly bargain for their own contracts and other protections. He mentioned that he does not like the USMCA because it does not focus on the workers, but he still would like to make sure the workers are protected. 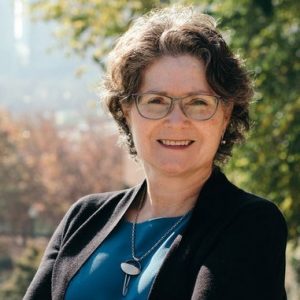 Sherry Linkon, English professor at Georgetown University and a writer for Working Class Perspectives spoke with AWF about intersectionality and the upcoming election. She discussed the gender wage and pay gap and also how much wider the gap is with African American women. She put a spotlight on the pay discrimination that women face in their work places, how women, on average, make 60 cents of the dollar compared to a man’s pay for the same work, and how women of color suffer even worse from pay discrimination. Lastly, Linkon discussed how candidates for this upcoming election need to focus on intersectionality with race and class when talking about promises they are making to workers.