Samuel discussed the United States-Mexico-Canada-Agreement (USMCA), the updated version of NAFTA, and how the labor law reform in it still is not strong enough. He said that he would like to see the Mexican minimum wage, which is just above $3, to be raised so that the standard of living in Mexico could go up. Samuel stated that increasing the minimum wage in Mexico will help keep jobs in the United States as well because companies will be less willing to send jobs to Mexico since Mexican labor will not be as cheap as it once was. Lastly, he talked about Protect the Right to Organize Act (PRO) and the push to increase awareness of unions and the benefits of organizing. 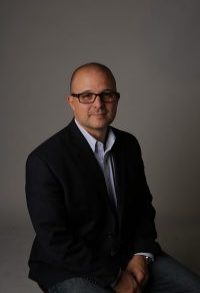 Financial adviser Dan DeVerna spoke with AWF on April 25 about what age you could retire at, and how to receive your retirement benefits. Outlined in his book “Retirement is Just the Beginning,” DeVerna states that there are specific plans put in place to retire at age 55, 59 ½, and 70 ½ years old. He said that every person is different, so they will all have different plans and should pick one that suits them the best. DeVerna also explained how much money a person needs for a good retirement and also how to get your money out of your 401k or other retirement plan.

AWF host Ed “Flash” Ferenc covered the Amazon driver’s recent victory where now they will not be forced to sign an arbitration agreement that would intentionally misclassify them, making them miss out on better pay and other benefits.