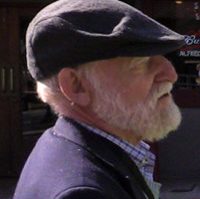 Gruenberg spoke about the list of potential candidates for the upcoming 2020 presidential election. He discussed Joe Biden being incredibly high up on the polls for not even having announced his candidacy yet. Gruenberg then went on and discussed Michelle Obama’s book tour and how she has not been using union laborers to set up her stage production. He said that this is a big problem because of her husband, Barack, positive stance on unions and union workers. Gruenberg also talked about labor law reform along with equal work for equal pay laws being put into place.

Sue McConnell, president of the Better Business Bureau, spoke with America’s Work Force on April 1 about new scams that people have been falling into. One of the scams regards bitcoin where a scammer would pose as someone from the IRS or a utility company and tell you that you have to make a payment as soon as possible or you will suffer a consequence. The scammer then sends the victim a QR code that they scan at a bitcoin kiosk linked to the scammer’s account and wire money to the scammer in order to prevent whatever the fraudulent consequence was. A second scam that McConnell discussed was a kidnapping scam where a scammer would call a victim and tell them that their loved one has been kidnapped and they will let them go if they pay off their ransom.

AWF host Ed “Flash” Ferenc spoke today about workers in Illinois fired for going on strike that was legal under the National Labor Relations Board and have now filed a complaint against their former company.